This morning Jaimie let me sleep in so I had the rare chance to enjoy a bit of spring sunshine on our verandah. Angus was having a bit of a bark and a grumble but I didn’t think much of it until I came around the corner and saw this lovely lady had come to visit. Not the biggest we’ve seen at home, but definitely the only carpet snake that has ever been polite enough to knock on the back door before inviting themselves in. We hold the Gympie record for most snakes and snakeskins in the ceiling and our electrician delights in sending the latest apprentice up the ladder without warning.

Category: The Squeal
Tags: heart of the home, just for fun 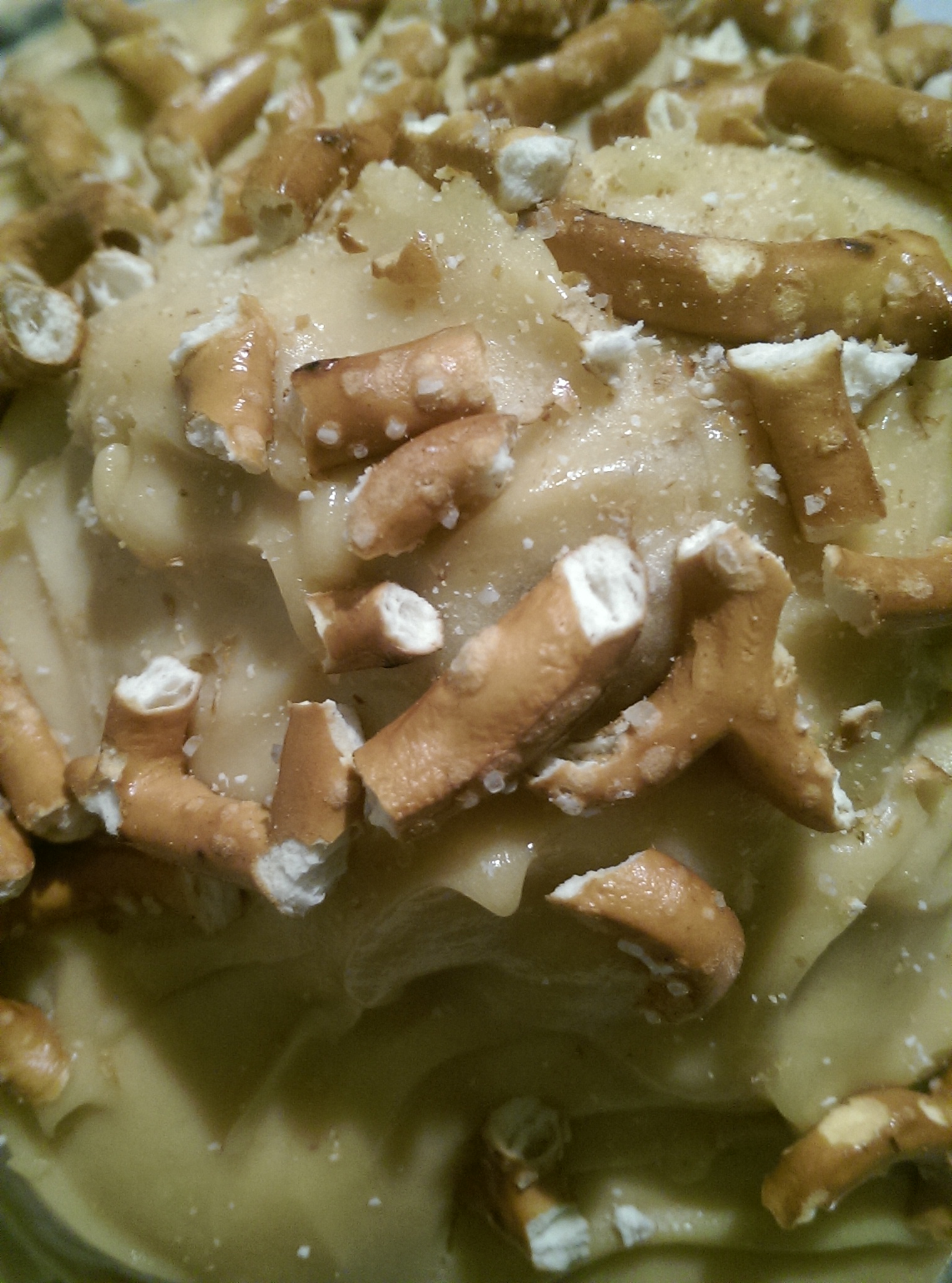 A few weeks ago icebox cakes entered my zeitgeist.  Suddenly they seemed to be everywhere and my brain was coming up with endless tasty combinations that I could experiment with.   Who knows where these things come from, but since I would eat cardboard if it was slathered in whipped cream I ran with it.

First there was the gingernut apple pie icebox cake I made when mum and dad came for Sunday lunch.  This was shortly followed by a strawberry shortcake version which was good but a bit less of a success.  The entire time, though, I had a chocolate peanut butter creation building itself in my head.  I let it brew for a couple of weeks and this weekend I was ready to give it a go.  Mr Vivi rates it the best one yet. 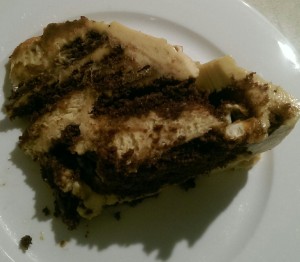 Icebox cakes are layers of biscuits and whipped cream interspersed with any kind of flavouring you fancy.  Fruit, syrup and jam are all popular options.  The assembled cake is left in the fridge overnight to let the biscuits soften to a cake-like consistency.  Icebox cakes have a tendency to look like a cowpat on a plate if you don’t decorate them.  Some crushed biscuits, a drizzle of syrup or some extra fruit on top will make them look a treat and you’ll be the belle of the ball.

These are the kinds of recipes that are great for this time of year.  It’s hot, you’re time poor and you have to show up to the party with something.  This is the recipe you can throw together out of anything that takes your fancy in the supermarket.   The only downside is that it does need to spend overnight in the fridge before you eat it to let the layers blend and meld.

If you’re feeling up to it you can make your favourite biscuits from scratch, but I’m too busy and lazy for that.  So tell me, Vivsters, what is your favourite go to recipe for the summer bring-a-plate party merry-go-round?

an original recipe by Miss Vivi

1.  Glop a couple of spatulas of peanut butter into a bowl.  I used about 1/3 of a big jar of smooth peanut butter.  Next time I will use crunchy for a bit of added texture.

2. Slop in a dollop of cream from a 600mL bottle.  Blend with a hand mixer and keep adding cream until the entire bottle has been blended into the peanut butter.  Beat to a stiff whip.

3. Make a layer of biscuits on a plate.  I stick them to the plate with a smear of cream to stop them moving around during the next step.

4. Glop some peanut butter cream on the biscuits and smoosh it around until they are all covered with a nice thick layer of cream.

5. Make another layer of biscuits.  Cover with cream and keep building up the layers until you have a nice pile of chocolate-peanut butter goodness.  Cover the pile with the last of the cream.  Try to ignore the cowpat look of the cake.

6. Refrigerate overnight.  Decorate with crushed pretzels for some crunch and some saltiness to offset the richness of the cream.

Delicious rating: Lock up your husbands

Categories: Ideas worth spreading, The Squeal
Tags: heart of the home, just for fun

While we were distracted by the Gingerdead War happening in the kitchen this week a love story has been blossoming at the other end of the bench. Nawww

Now, I don’t know a lot about Gingerdead genetics but there’s a lesson plan in here somewhere.

The little one had an itch to scratch and you can see that didn’t go too well.  He seems to like having his eye handy like that, though.  Apparently it makes watching for mummydead men a lot easier when you are hiding behind the toaster.

In a shocking turn of events the two became three and an interesting phenotype appeared.

I haven’t sat down and done the punnet squares, but I shall keep an eye on future events and keep you posted.  I’m sure there’s a lesson plan here somewhere 😉

In the meantime, if you on the lookout for a good genetics lesson then these Spongebob Squarepants Genetics classroom resources from The Science Spot have been a hit in any class I’ve seen them used in.

Well, it’s been quite a week in our kitchen!  In scenes reminiscent of the Ninjabread Wars of 2012 it’s been a battle of the undead gingerbread and we’ve run out of Miss Vivi’s Efficacious Anti Zombie Pills.

It wasn’t long before they caught their first victim and exposed its brain to feed on.  Poor, poor zombiedead man 🙁

Then, of course, one thing lead to another and…

… now we’ve got an infestation of Zombiedead Men on our hands.   There’s nothing for it but to crush them to bits and eat them.  mmmmm……brains!