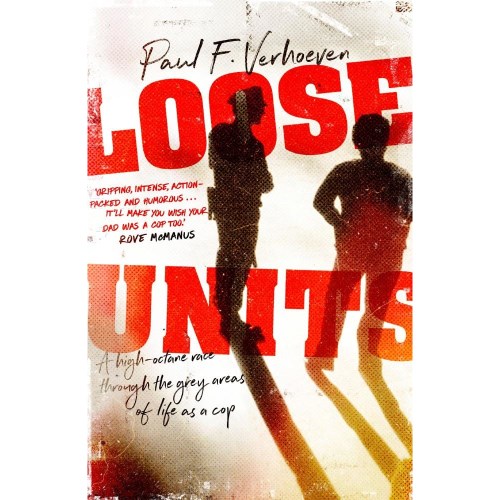 It’s #TuneOutTuesday!
Around here a “Loose Unit” is usually a fairly unpleasant experience. If you’ve ever ordered a tongue-to-bum you’ll know what I mean.

In podcast land it’s a whole different story. This is one of Mr Vivi’s absolute favourites – Loose Units. He hangs out for it every week and I often hear him cackling away while he works and listens through his headphones.

Paul is a radio journalist and you’ll probably recognise his voice from various ABC radio shows and reports. John is his Dad and when Paul was a kid John was a cop. This was in Sydney in the 80’s and Paul worked the Northern Suburbs beat together with Paul’s mum – and that gives us Season 1. It’s Underbelly meets the Dukes of Hazzard most of the time but it’s definitely worth hearing from a decent bloke who joined the force to be of service to his community and left it almost completely disillusioned with the way corruption and graft had infiltrated all levels of the police force.

After John left the force he worked in forensics – which has kept us entertained through Season 2 – and after that he worked for the NSW Work Cover Authority investigating industrial accidents – here comes Season 3 in 2020!

The Loose Units live show is coming to Brisbane TONIGHT! and part of my Christmas present from Mr Vivi was tickets to the show. If you’ve ever worked for the public service or a large organisation with lots of weird rules and lots of weirder colleagues you’ll enjoy Loose Units.