Ok, so there isn’t much freaky about it and I was supposed to post this *ages* ago but hopefully I can make up for my slackness today.

You might remember this little lady from Pussy’s Bowtique?  She recently made an appearance, with a mention of Pussy’s Bowtique, in an article about Dissection Connection that was published in a local Gympie magazine this month.

In an inspired bit of promotion Jen from Pussy’s Bowtique ran a repin competition on her Pinterest page and I won this pretty little cherry charm.  All the charms fit on the same necklace so you can mix and match to your hearts content. 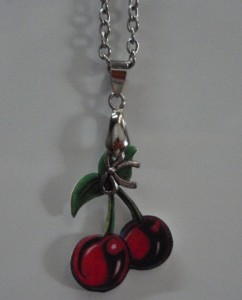 You can get yourself one via the Facebook page or at Pussy’s madeit store and if red isn’t your colour (really?) you can get accessories custom made to match your favourite outfit.

Sorry, Jen, it’s taken me far too long to talk about this.  I’ve found, though, that it goes with nearly everything so you’ve been getting a lot of attention out and about.  Love your work,

For the month of Movember Miss Vivi will be a mo sista and will be sporting a moustache to support all those mo bros out there raising money, raising awareness of mens health issues and raising eyebrows. Get into it, Mo Vivsters! 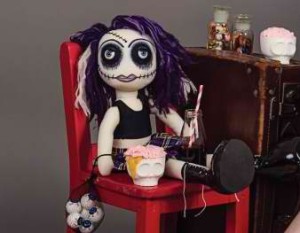 “When I was little I wanted to be a lawyer, a doctor, a teacher, a hairdresser and an astronaut.  Not necessarily in that order.

When I grew up I became a school science lab technician – and I had to be a little bit of all those things in that job.” 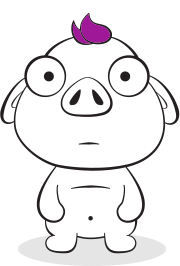